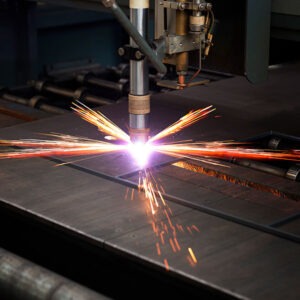 Oxyfuel gas cutting (also referred to as oxyfuel cutting or gas cutting) is a rather popular variation of thermal cutting process applied at industrial level. There are several different variations of gas that can be used to perform this process, with a noticeable variation of the end results.

One of the biggest reasons for why it is so popular is the range of materials that it can cut – the material thickness that gas cutting can work with ranges from 0.5mm to 250mm. The equipment costs for gas cutting are also relatively cheap by industry standards, and the entire process can be performed mechanically, and not just manually.

The process of gas cutting

Fundamentally speaking, the gas cutting process is relatively simple – in its most basic form, a gas cutting machinery is a nozzle that directs both the primary oxygen stream, as well as several secondary streams of the combination of oxygen and gas that serves as a fuel.

The metal piece in question gets preheated first using the combination of gas and oxygen (to about 700-900 degrees Celsius, a so-called “ignition” temperature). In this state, the metal piece is not hot enough to melt, but still hot enough for the cutting process to be conducted. 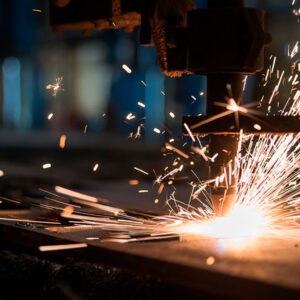 After heating up the metal piece in question, the primary nozzle directs a stream of oxygen to the heated piece, instigating a chemical reaction between the metal piece and the oxygen. This reaction creates a “slag”, or iron oxide, that immediately gets blown away by the same oxygen stream that initiated the reaction, allowing for the nozzle itself to proceed with cutting the metal piece.

Gas cutting as a whole has four main prerequisites to be conducted in the first place:

It’s important to mention that different materials (stainless steel, various non-ferrous metals, cast iron, etc.) have different oxide melting levels, which creates a requirement of adding powder to lower the oxide melting temperature and to create a “slag” that can be blown away.

It should not be a big surprise that gas cutting can use different gas variants to perform gas cutting processes. There are three main characteristics that can be used to distinguish some specific fuel gas type:

There are five main types of gas that are regularly used to perform gas cutting processes – natural gas, MAPP, acetylene, propylene and propane. We can go over each and every one of them in a bit more detail.

One gas type that has the lowest performance out of all five here is natural gas. Its heat distribution levels are at 1,490 kj/m^3, which is at least ten times less than three of the four remaining gas types. It has the slowest piercing speed and the lowest peak flame temperature (2,770 degrees Celsius), and not that low of a ratio between fuel gas and oxygen – 1.8 to 1.

As the gas type goes, MAPP is a combination of propadiene, methylacetylene, as well as some other hydrocarbons. Its performance is quite average as a whole, with 2,976 degrees Celsius peak flame temperature and relatively high heat release levels for both primary and secondary flames (15,445 kj/m^3 and 56,431 kj/m^3, respectively). This combination of parameters makes it a relatively average gas type in terms of cutting speed, but it can be used at higher pressure levels, which makes it a great choice for various underwater cutting procedures.

If we’re looking for a gas type with the highest flame temperature (3,160 degrees Celsius), acetylene is the one we’re looking for. Of course, the highest peak temperature makes acetylene the gas type with one of the fastest cutting speeds out of all of them. Its flame is also way faster than something like propane, and it is mostly focused on the inner cone, reducing the overall area of the metal that is affected by heat, and thus reducing the distortion percentage as a whole.

Another interesting variation of a gas type is propylene, which is a liquid petroleum gas. It offers a rather average peak flame temperature (about the same as MAPP – 2896 degrees Celsius), but can compensate with a high level of heat release in the outer cone – about 72,000 kj/m^3. At the same time, it also has a rather big disadvantage of having a high fuel gas volume requirement – 3.7 to 1 oxygen to fuel gas ratio.

Propane is the last gas type out of five, producing a rather low peak heat level, but offering a higher area of effect for the heat around the nozzle. While the overall propane nature makes the cutting flame a bit more spread-out when compared with something like acetylene, the overall cutting speed is on par with said acetylene – even if the piercing speed is slower, as a consequence of lower peak heat level (2,828 degrees Celsius).

Gas cutting is quite a versatile process that has several different gas types and nozzle arrays, offering different variations of cutting for various use cases. Levstal specialists use two ESAB SXE-P1 4500 machines for oxygen jet cutting (gas cutting), and are capable of working with black sheet metal with the following parameters: thickness 15 – 150 mm, width up to 2800 mm, cut length up to 18000 mm. 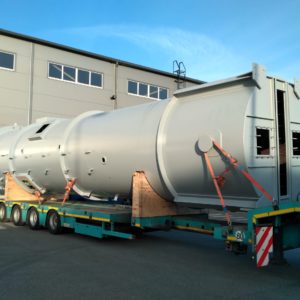 Equipment for the reformer furnace 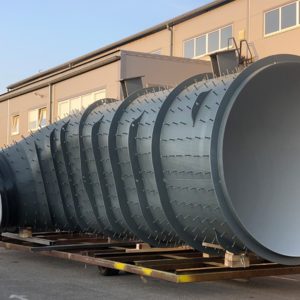 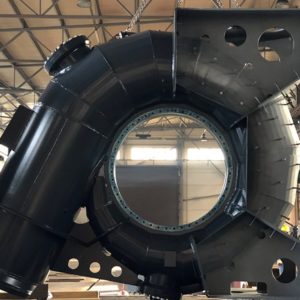 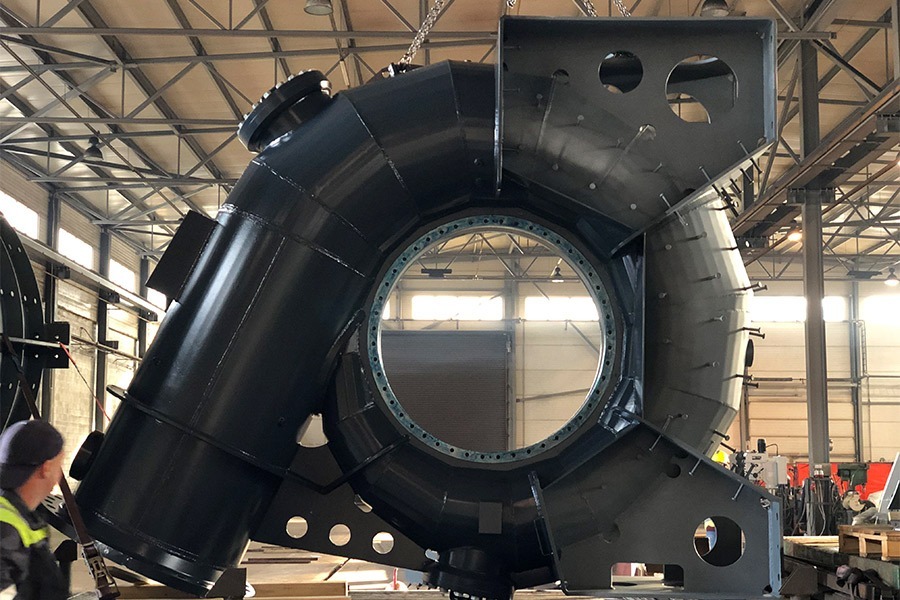